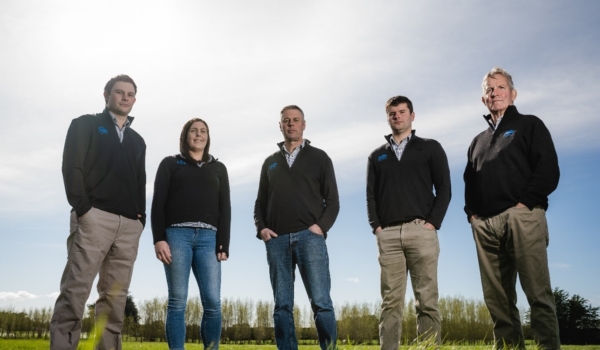 Reward in the challenge for Blue Sky Pastures

As Blue Sky Pastures releases its Annual Report for 2020, its Board has reflected on an admirable performance in what has been some of the most economically challenging conditions to operate in.

In the Annual Report, Blue Sky Pastures’ financial results reflect a 15-month period, a result of moving the financial year to June to better better align with livestock flows and create a more logical conclusion to the year.

In the 15 months to 30 June 2020, the business generated a profit of $4.2 million before tax and resolved to pay a dividend of 5 cents per share. In the face of an extremely challenging year, chief executive Todd Grave said he was pleased with the outcome.

“The past financial year has been one of unexpected turns and challenges, but our resilient performance shows that the improvements made to the business in the past three years are really starting to pay off,” he said.

A 50 percent decrease in Blue Sky’s injury rate, ensuring a COVID-19-free work environment, and the completion of an $11m capital programme were also big wins.

“Over the past three years we’ve reduced our injury rate by 85 percent, which is testament to the commitment of our people who are determined to make Blue Sky a safe place to work,” Grave said.

“It’s been a tough year and I’m extremely proud of everyone’s efforts – this year has been all about keeping our people safe and earning.”

Global market conditions, however, continue to be difficult to operate in. The market saw broad deterioration in 2020, not only as a result of COVID-19 but also China releasing large quantities of pork from its strategic reserves. Market prices for important cuts such as lamb flaps into China and French racks into Europe and the USA fell by 20-30 percent in the space of a few weeks. In turn, financial performance came under pressure from December 2019 onwards.

To mitigate these disruptions – which continue to be felt – Blue Sky focused on protecting margins, maintaining sales velocity, managing country and customer exposure, and constantly adjusting its efforts to wherever the best opportunities were.

Blue Sky Pastures, along with most New Zealand businesses, received the Government’s wage subsidy due to the impact of COVID-19. As an essential business Blue Sky continued to operate, but strict health and safety protocols during Alert Level 4 meant weekly throughput reduced by around 30 percent. As a result, the company’s revenue in May declined by 36 percent – making it eligible for the subsidy. Had the subsidy not been received, the company’s financial performance would have forced a sudden end to the season and the workforce would have been laid off three months earlier than usual.

The subsidy meant Blue Sky was able to provide incomes to its entire workforce, including those who were classified as “at risk” and unable to work, allowing them to have peace of mind and stability around their income during this tumultuous period. In July 2020, the company paid back the unused portion of the wage subsidy to the Government.

Board chairman Scott O’Donnell said the company was wary of COVID-19’s ongoing impact on sales and operations but said there could be a silver lining.

“The pandemic has made everybody seriously review their career aspirations and where work can be found.

“Between retraining opportunities and many Kiwis returning home, we hope we’ll be able to employ skilled workers as required.”

Looking forward, the coming financial year will see the company embark on the next three years of its Strategic Plan. Since it was first implemented in 2017, efforts have been mainly inward focused. Though refreshed, the long-term vision for the Strategic Plan remains the same: to use the improvements made to the business as a platform for a staged, prudent evolution further along the value-chain. This will see a more outward facing, consumer-centric posture assumed, O’Donnell said.

“Having served on the Blue Sky board for several years now, I can say this has been one of the most rewarding years of my tenure and I eagerly anticipate the next chapter of Blue Sky’s journey through the implementation of the strategic plan and initiatives such as our online shop, Blue Sky Butchery.”

The company’s annual general meeting will be held on 29 October, 4pm at Transport World in Invercargill.